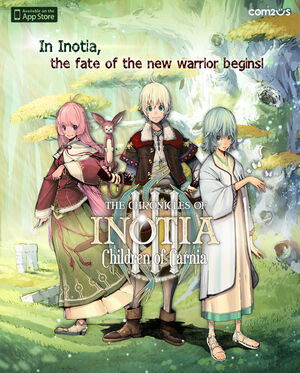 Welcome to the The Chronicles of Inotia 3: Children of Carnia Wiki! The game was published by Korean mobile game developer Com2Us on January 6, 2011. Distribution of the game on the Google Play Store ended February 2017.

Initioa 3 was removed from the play store, however multiple sites still host the .apk file for it. As a result of it no longer being supported, the Adventurer's Shop cannot be used.

You can visit the Inotia 4 Wiki here.

Community content is available under CC-BY-SA unless otherwise noted.
Advertisement